Porto, 18 October 2022 – EU wine global challenges and opportunities are discussed in Porto by 27 leaders from some of the EU’s major wine companies during the second edition of the CEEV “Club of CEOs” meeting.

On 18th October, the European Committee of Wine Companies (CEEV) organised the second edition of its “Club of CEOs” in Porto, Portugal. The meeting gathered around the table 27 senior representatives (see list below) from major wine companies from France, Germany, Italy, Portugal and Spain, to discuss the major threats and opportunities the EU wine sector is confronted with.

CEEV President and chair of the meeting, Mr Mauricio González-Gordon explains: “I’m glad we could, finally, organise the second edition of the Club of CEOs. This meeting is an opportunity for EU wine company leaders to get together, to discuss among them the main issues at stake for our sector and shape the long-term strategy of CEEV. Maintaining a collective reputation, as a sector, is a prerequisite for wine companies.”

Hosted by Mr Fernando Guedes, President of Sogrape, the meeting in Casa Ferreirinha was followed by a visit to Sogrape’s historic Quinta de Azevedo estate. “It is a great honour for me to host the second meeting of the CEEV Club of CEOs. I deeply believe in peer collaboration as the best way to ensure the sustainability and continuity of our sector, especially considering the global dimension of the challenges we are facing”, declared Mr Guedes.

In this second edition, wine leaders discussed three key topics with a strong underlying reputational dimension for the wine sector: the relation between wine and wine consumption and society, the concept of sustainability in the wine sector and the opportunities offered by no- and low-alcohol wines.

“It was important for our European trade association to touch base with the leaders of the wine companies we represent to better understand their vision on key issues.  Threats and opportunities are today global and gathering wine leaders from different EU countries to share, discuss and coordinate was a welcomed initiative for everyone”, said Dr Ignacio Sánchez Recarte, Secretary General of CEEV.

The first edition of this successful event took place in Barcelona in 2019, before the Covid-19 pandemic. Club of CEOs meetings are organised to feed the long-term strategy-planning of CEEV, in parallel with the day-to-day collaboration with its national member associations. The next Club of CEOs meeting is expected to take place in France. 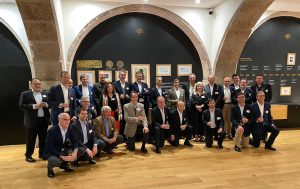 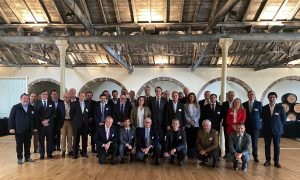 The Wine in Moderation (WIM) Programme is a programme created by the wine sector to contribute to the reduction of alcohol-related harm and to inspire healthy lifestyles and a sustainable culture of wine. CEEV has been a founding member of WIM since its creation in 2008. For more information on the WIM programme, go to www.wineinmoderation.eu.