Brussels, 20th January 2020 – Ahead of the INTA vote on the EU-Vietnam Trade Agreement, the European wine industry calls MEPs to give their green light and urges the European Parliament to go through the assent procedure without delay. 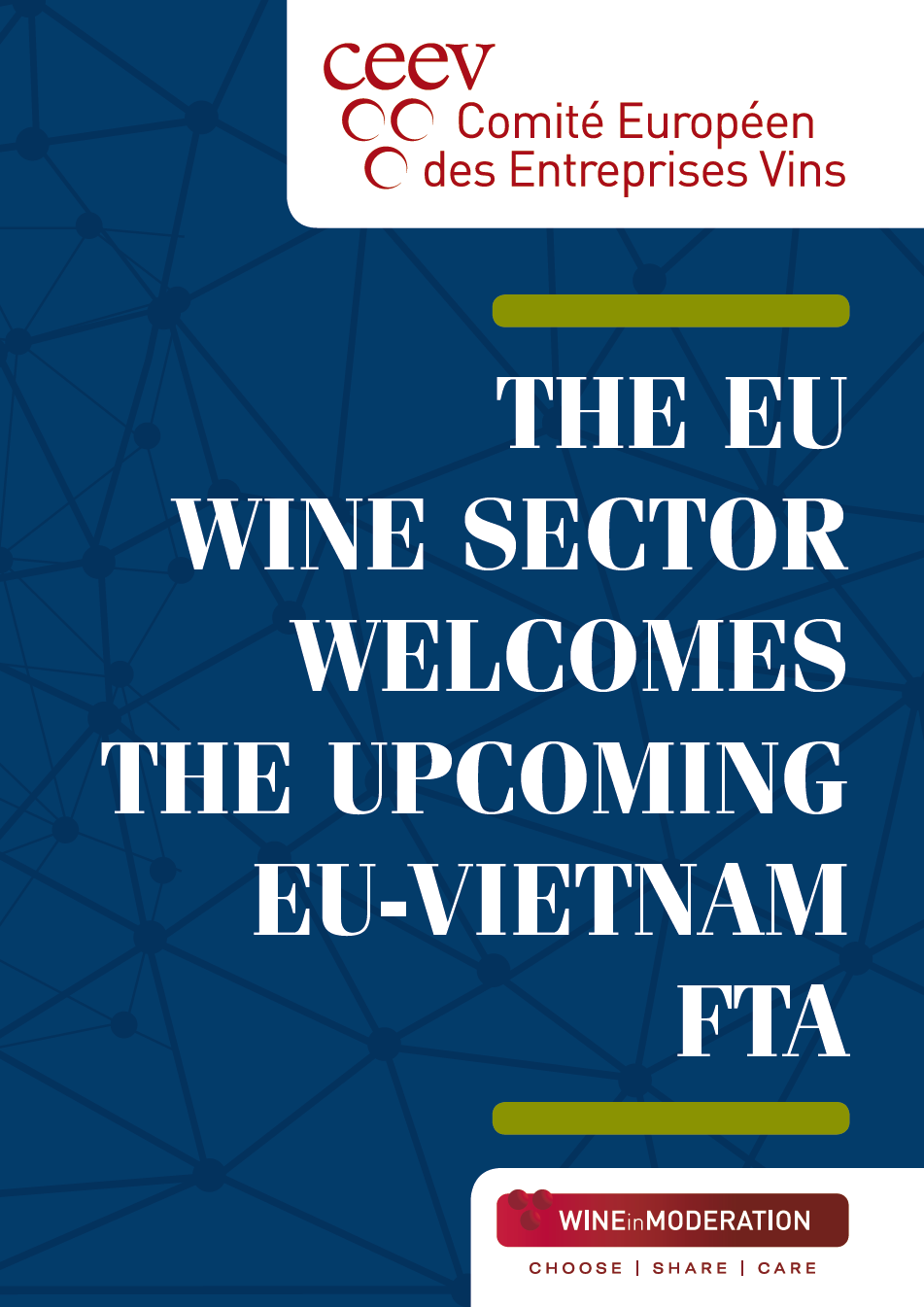 CEEV expresses its strong support in favour of the EU-Vietnam Trade Agreement and calls on the European Parliament to ensure a speedy ratification process. Besides the tariffs elimination, the European wine industry expects several benefits from the EU-Vietnam Agreement such as the protection of key Geographical Indications and the removal of the technical barriers that are hindering EU wine exports.

“In the current global trade context, wine companies blatantly need to diversify markets”, said Jean-Marie Barillère, President of CEEV. “By supporting the EU-Vietnam agreement, the INTA Committee would send the right signal to the exporting companies striving to penetrate the promising ASEAN region”.

The companies represented by CEEV, mainly SMEs, produce and market the vast majority of quality European wines, both with and without a geographical indication, and account for over 90% of European wine exports. With almost €12 billion exports in 2018, the European wine sector is the first EU agri-food exporter, contributing positively to the EU trade balance with €8.9 billion.

The Wine in Moderation (WIM) Programme is a programme created by the wine sector to contribute to the reduction of alcohol-related harm and to inspire healthy lifestyles and a sustainable culture of wine. CEEV has been a founding member of WIM since its creation in 2008. For more information on the WIM programme, go to www.wineinmoderation.eu.